Plus DJ support from local legends;

Please NOTE- Tickets for this years NYD Special will be sent via private ticket link. RSVP is essential. Please follow the ticket link below & sign up to RSVP. Once signed up we will send out private ticket links to that email with information on how to purchase tickets.

Location: Happening at a SECRET LOCATION only minutes from Surry Hills area that will be emailed to all ticket holders between 2-4pm the day before the event.

SOUL OF SYDNEY 251: Soul of Sydney’s Gang of Brothers Warm up Mix by Soul of Sydney | Feel-Good Funk & Old School Party Jams & beyond on hearthis.at

SOUL OF SYDNEY 251: Soul of Sydney’s Gang of Brothers Warm up Mix

As a little warm for this Sundays Gang of Brothers block party special we put together this podcast of some of our favorite Funk, Soul, R&B and even a touch of New Jack Swing dance-floor gems.

Our good friends at Billy Kid Creative put together this dope promo highlights video taken from our Frankie Knuckles tribute party back in April 19th. Check out some of the fun that went down that really had us saying this could seriously be Sydney’s friendliest dance-floor with our the world famous SOUL PATROL dancers looking after everything from Limbo, Soul Train, Wobble Dance vibes the parties have become so so well known for.

Soul Of Sydney presents as part of Vivid Festival 2015

GET TICKETS from $10, Updated Party Info, Videos and Mix-tapes

Fresh off rockin’ the last two Soul-of-Sydney Block Parties, Sydney’s funky party duo CMAN & JUZZLIKEDAT are back and ready to thrown down another night full of fat beats at Play Bar in Surry Hills… The guys have played at 3 jam-packed parties at Play and it’s always been off the hook 🙂 We’re talkin’ a AAA kinda party; the tunes are awesome, the vibe is awesome and most importantly, the people are awesome. Check out their pages here: CMAN & JUZZLIKEDAT and join us for a night of FUNK, HIP HOP, JAZZY BREAKS, AND SOULFUL ANTHEMS.
Visit MAMA FEEL GOOD FUNK COLLECTIVE for more Sydney events, news and happenings.

The guys have been playing host to a stack of great nights around town, such as, “Everyday People” at the Tatler, “Good Good Music” at Cafe Lounge, plus often feature for events at the Basement, Oxford Art Factory, and Ching-A-Lings; as well as Soul of Sydney block parties, and gigs for Funkdafied, and Grindin’.

On Friday the 11th of April 2014, PHAT PLAY FRIDAY we welcome 2 of Sydney’s best, for a night of dope beats ranging from hip hop and dance floor jazz, to boogie, funk, soul, disco… Check it 🙂 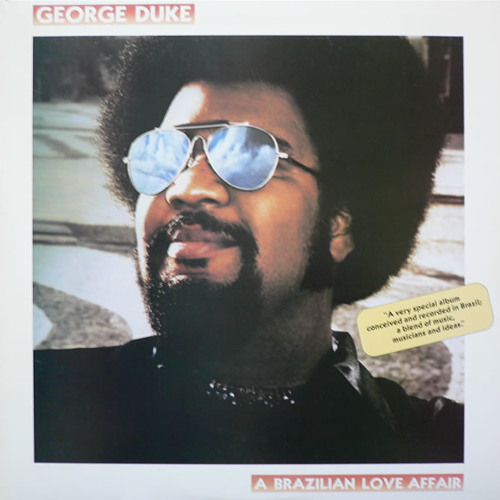 The world lost an absolute musical genius this week with the passing of Jazz, Soul & Funk keyboard master GEORGE DUKE, he passed on August 5 ages 67 in Los Angeles from chronic lymphocytic leukemia.

RIP George Duke, thank you for the amazing musical legacy you leave us.

Part 2 of this mix will be uploaded very soon

An afternoon tribute to 30+ years of House music & its Funk & Disco roots.

– This is a very special limited capacity  ticketed event
– Our last two events completely sold out & we had to turn back 100+ people from each one so please lock in you spot on the dancefloor early for this one.
– Venue details will only be released to ticket holders
– There will be NO DOOR SALES or Guest-list if we sell out again.
-Feel free to email us at soulofsydney@gmail.com if any questions etc
– we are doing this strictly for the LOVE of good music & amazing people, please feel free to spread the word to any of our friends who you think might dig the idea,

Soul of Sydney #3: El Cumbiambero Loco :  Afro-Latin Caribbean Expedition in Cumbia By JackPosada by Soul Of Sydney on Mixcloud

Soul of Sydney #3: El Cumbiambero Loco :  Afro-Latin Caribbean Expedition in Cumbia By JackPosada by Soul Of Sydney on Mixcloud

West London born and raised but currently residing on the East Side of the city, Stevie J aka Funkineven is no stranger to night life and sound system culture. From his Grenadian roots, through to the surroundings of Nottinghill Hill carnival and his families own parties, the speaker stacks and record crates were never too far away… and they haven’t left his sights. Influenced by the music of Prince, Leaders Of The New School, The Neptunes, Larry Heard, Kraftwerk, George Clinton and Masters At Work to name but a few, it’s clear to see why Funkineven’s music displays such a colourful and diverse palette of sounds, styles and tempi. Electronically fusing House, Boogie, Soul, Hip Hop and Techno, Stevie made his debut as the third artist to be released on Eglo records.

I was introduced to ELECTRIC WIRE HUSTLE at the beginning of this year by a close mate of mine who had been the lead singer’s room mate back in Christchurch. I have been mesmerized by their sound ever since. How do you encapsulate in words EWH’s sound without sticky taping labels that don’t seem to have a firm hold on them? Their sound can be best described as psychedelic, off beat hip hop with soul as the epicenter of their muse, splash a bit of jazz and contemporary electronica, and you have a sound that cannot be contained. It needs to be heard. They seem to inherently resist labels not from their own doing, but it’s like a sin trying to pigeon hole this band. It’s just wrong! They don’t care to fit a mould, or to stick to a typical formulaic generic sound of beats and samples. It’s the finer details that seem to make more noise than the framework itself. They stand out because they take risks, they experiment with sounds, instrumentation, tempo, mood, and dive deep in the multi layers of musical freedom. Plus, they know to loiter in the moment, for us to wait it out and journey with them through the raw landscape of dreamy sounds. EWH take their time and sit with you.

Revered by Gilles Peterson, BBC’s Radio 1Xtra DJ Benj B, LA’s DJ JAMAD, NY’s Tyler Askew, it’s no wonder the well respected Revivalist blog has also taken to their sound with pure curiosity and open arms at the prestigious College Music Journal Festival (CMJ). Surrounding themselves with talented hip hop and jazz musicians in New York City for CMJ festival, EWH performed to an audience that were hard to impress due to the amount of new music the festival had hosted all day and night. EWH appeared on stage positively cementing their position amongst New York’s music hungry elitist crowd. They released this album in New Zealand at the tail end of 2009 through their own label Every Waking Hour, only to then get signed to BBE (worldwide) and Wonderful Noise (Japan). “Perception” was the first single to be released in New Zealand receiving critical acclaim world wide:

““Electric Wire Hustle are at the forefront of talented musicians dedicated to putting out superior music and it’s a damn shame that the airwaves aren’t flooded with what this album offers, because it would well be worth it.”
Soulculture.co.uk

Niche Productions have hit the nail on the head again touring EWH down to Melbourne and Sydney for their long awaited album launch of the same name ‘Electric Wire Hustle’! EWH are to hit Sydney tomorrow night at TONE, Surry Hills.  You’ll find collaborations from the above mentioned, plus an interesting scope into what the future of soul music is developing into. This album holds hands with time and simplicity, layering smooth vocal tones provided by Mara TK, allowing the energy to shape the mood without rushing into a middle eight, or bridge to capture one’s attention. It’s live instrumentation so you know you’ll be in for a real treat to genuine musicianship! To me, DAM FUNK and ELECTRIC WIRE HUSTLE are two major players in the music industry that will (f not already) take the underground world by storm through strength in simplicity and sound escapism. Get to know Electric Wire Hustle, they’re staying. They’re staying for good!

Tickets available through moshtix or at the door! YOU WILL NOT BE DISAPPOINTED!! DJ Huwston from 2ser’s SOUL GLOW will be DJing on the night! No doubt you’ll be hearing something new, perhaps a new Jay Electronica track in celebration of being signed to Rocnation! That’s another blog there…