Do Wop, Blues, Soul, R&B, Ballard’s and an all round entertainer with a distinctive voice. A troubled genius who made any song she sang her own. 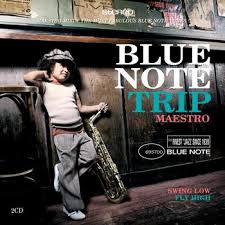 Its official, REAL MUSIC IS UNIVERSAL!

Our good mate James Locksmith of JembeMusic put me on to this dope event on this weekend in Beirut where a posse of SOUL, FUNK & Rare Groove fans are throwing it down in homage to the musical legacy of James Brown at the annual ‘Black Christmas‘.

(In Memory of the Fifth Anniversary of JAMES BROWN’s Death)

For the third X-mas in a row THE BEIRUT GROOVE COLLECTIVE keeps the tradition of funk, soul, rare groove and breaks in this city and the Middle East, alive. However this time we are getting closer to the heart of the action by taking over the former infamous CLUB SOCIAL where three of THE BGC DJs used to spin regularly (DJ Stickfiggr, Ernesto and Ramsay Short).
This time THE BEIRUT GROOVE COLLECTIVE commemorate the fifth anniversary of James Brown’s death, with long list of DJs, artists and visual artists. To top it all off, this year Supreme Sandwiches and Samosas will be on sale from Firas Yatbokh!

“In Memory of James Brown” an art project by Tom Bone,Jeanne Fouchet, Semaan Khawam, Lilly in the rain aka Nanou, Ernesto and short fuse.

He covers a fair bit of musical ground including a solid dose of Reggae, Hip Hop, Funk, Boogie, Disco vibes.

This musical journey takes you thru different eras and continents of black music. Mixed and scratched and highly selected for you! funk lovers
I hope you will enjoy the experience

Really diggin’ this Latin-Jazz & Funk mix JC of funkdafied sent our way as part of the up coming Blue Note Trip tour featuring the one and only Maestro playing an intimate Dj set at the Basement.

Funkdafied & Double Lucky are proud to present Blue Note Trip with DJ Maestro at the Basement on Friday 12th August. Hailing from Amsterdam, DJ Maestro is one of the leading Jazz DJs on the scene today and this will be a one-off show in Sydney at the home of jazz music. Martijn Bark

huis, a.k.a. DJ Maestro is the only DJ to work with Blue Note and has mixed and compiled 9 albums under the name Blue Note Trip – compilations with material from the archives of the legendary jazz label.

The prestigious record label Blue Note has become the home for jazz heroes like Art Blakey, John Coltrane, Sonny Rollins, Herbie Hancock and Eric Dolphy, the label became famous for its inspired, high quality jazz recordings. Following a busy schedule of European festivals and tour dates and on the back of releasing Blue Note Trip Vol 9 we look forward to DJ Maestro performing for an Australian audience. With his own record label (Dig This!), being program director of the Swingin’ Groningen festival and the Jazz at the Lake festival, DJ at VPRO/Radio 6 and

founder of the Dutch station Radio Jazz, Maestro has a big hold on everything that has to do with Funk, Latin and Jazz in the Netherlands as well as a high profile world wide through the Delicious Jazz series, (Verve) and the platinum selling Blue Note Trip Series……

Expect a mix of traditional jazz with a blend of funk, soul and latin, up-tempo and lounge as well as forgotten treasures from the archives …
Joining DJ Maestro on the night we will have the following DJs/Acts: Trevor Parkee, (2SER Radio),and Omegaman Sound System, with some special guest musicians TBA. This will be a night of quality music,

Ok we never get too political on here, but I was actually just reading the tweets on #Egypt and have a guess what tune popped up on shuffle…

Classic 808 Electro banger if there has ever been one..

If your keen on the 80’s Electro & Classic RAP vibes like this then stay close to our good mates @ COLD CRUSH for mixtapes, write ups and club nights pushing the old school sounds in Sydney.