Our Boy DJ DP ONE showing off some of the bboy break and beat heavy hip hop vibes he will be throwing down at the ‘Funk Fundraiser’ Jam in a couple of weeks, check out this for a hype mixtape. 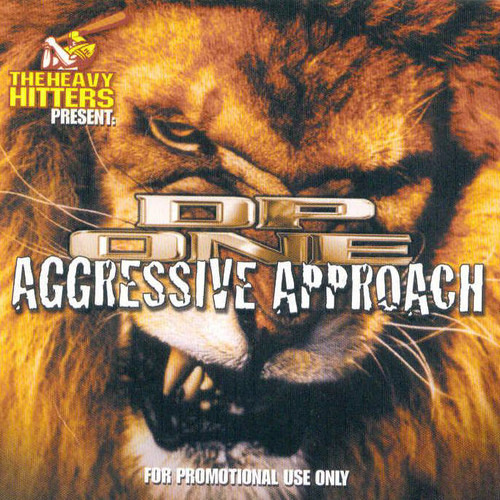 Get the last few $5 donation/tickets here

Soul of Sydney have teamed up with our good friends at Groove Therapy Radio & 2SER (107.3 FM) to bring you the ‘Funk Fund-raiser’ Block Party !

We are honored to be able to give a little love back to the much loved community radio station, 2SER (107.3 FM), the station and its specialist shows have been a massive reason we even started Soul of Sydney & have always been the first to support us any time with events and projects.

As keen listeners since the late 90’s, the station has always provided such a fresh sound to Sydney’s air-waves, flying the flag for all things Soulful & Funky with the dopest selection of New/Old (Soul, Funk, Disco & Hip Hop, House & Afro-Beat) sounds on seminal shows including; ‘Back To Funk’, ‘Groove Therapy’, ‘Departure Lounge’, ‘Soul Glow’, ground breaking events and some of the most supportive staff and presenters around.

They played a massive part in getting us into so much of the Soul & Funk sounds that built Soul of Sydney around, we are honored to be able to give a bit back to the station that has shaped all of us at Soul of Sydney as Music Fans, DJ’s & Block Party organizers.

This is a throw-down is put together strictly for the love, for a good cause with ticket/donation profits go directly to the station to help keep the radio station on air for Sydney.

Born, raised, and still residing in Brooklyn, New York, Daniel A. Pinero p.k.a DP One has spent most of his life immersed in Hip Hop. As a DJ, b-boy, and even occasionally lacing the mic with some rhymes as an emcee, he puts an immense amount of effort into keeping Hip Hop moving in a positive direction. Besides spinning at parties and b-boy jams around the New York City area as an active member of the Heavy Hitters and Turntable Anihilists, he serves as a resident DJ of two internet radio shows, and has toured internationally with notable artists such as Lauryn Hill, Estelle, John Legend, J-Live, Q-Unique, and Wordsworth. He has also been involved in various high-profile events such as the first Red Bull BC One battle in North America, which was held in New York City and hosted by KRS One.

Born in 1977, DP One began to hone his DJ skills at the young age of fourteen, in the midst of what many consider to be the “Golden Era” of Hip Hop. As a DJ he credits a lot of his foundation to the Alava family, who had the first DJ setup DP ever laid his eyes upon. It was with the Alavas that he deejayed his first house parties, which served as his first glimpses into life as a DJ. Additionally, DJ’s Enuff, Vandal, and Tchak Nasty introduced him to battle videos, taught him his first scratch patterns, and inspired him to enter his first competition. He was later exposed to b-boying by A-B-Girl of the Domestic Apes Crew, which proved to be advantageous to his career as a DJ. He became familiar with break beats and the type of music that brought out the best in various dancers, and applied this knowledge to spinning at b-boy jams and battles, establishing his name as one of the premier talents in the scene. DP, an active member of the Universal Zulu Nation and Supreme Beings, served as the resident DJ of the well-known Braggin’ Rites battles, which have been re-established as of October 2009, and also held down the wheels of steel at notable battles such as Kings of NY, Bboy Massacre, the 2007 Zulu Nation Anniversary, The Battle On Shaolin, and the Skill Methodz 10th Year Anniversary.

While he was making a name for himself amidst the b-boys and b-girls of New York City, DP was still making sure that he was making moves in other realms of Hip Hop as well. As his DJ career progressed, he had the opportunity to DJ for the likes of Miri-Ben-Ari, Lauryn Hill, The Fugees, Estelle and John Legend. His cuts and scratches have been featured on a multitude of tracks, including those of artists such as Pumpkinhead, Jadakiss, Marco Polo, Immortal Technique, Kurious Jorge and Statik Selektah. He also teamed up with DJ’s Blowout, Xplor, and GI Joe to form a crew known as Turntable Anihilists, who have been living up to the name for quite a few years by releasing various mixtapes that have received positive reviews, including the Fire Your DJ and Underworld series. He has also appeared on TV shows such as MTV’s My Super Sweet 16 episode about Star Trak recording artist Teyana Taylor. DP even performed in a Broadway play entitled Soular Power’d, produced by Kwik Step and Rokafella of Full Circle Productions. This opened the door to another Broadway opportunity in the form of NY Hip Hop Legends, produced by Rennie Harris. Both productions ran successfully for three weeks at the prestigious New Victory Theatre in NYC. Besides performing in New York hotspots such as SOB’s and the Nuyorican Poets Café, DP One has performed on various continents, rocking shows in Colombia, South Africa, Japan, Iceland and in nearly every country in Western Europe. Currently, thanks in part to the growth of technology and the internet, DP one showcases his talent for free to the world, in the form of two internet radio shows. He is one of the resident DJ’s for The Wax Cafe on pncradio.fm from 5pm to 7pm (EST) Fridays, with host Social Ebonics. He also appears every Wednesday night on The B Side with DJ Enuff & DJ Quiz from 10pm to 12am onwww.alistradio.net.

Although DP One places emphasis on showcasing the positivity that Hip Hop has to offer to the world and making sure that he is contributing to the progression of the various art forms that it encompasses, he takes this same approach to a smaller scale and strives for progression on a personal level. As a person who is constantly seeking to learn different scratch patterns, perfect a new routine, and dig through crates for hidden gems, he continues to grow and expand his knowledge and skills as a b-boy, DJ, and emcee, as styles, music, and technology evolve as well. The sky is the limit for DP One as he looks forward to nothing but bigger and better things to come in the future.