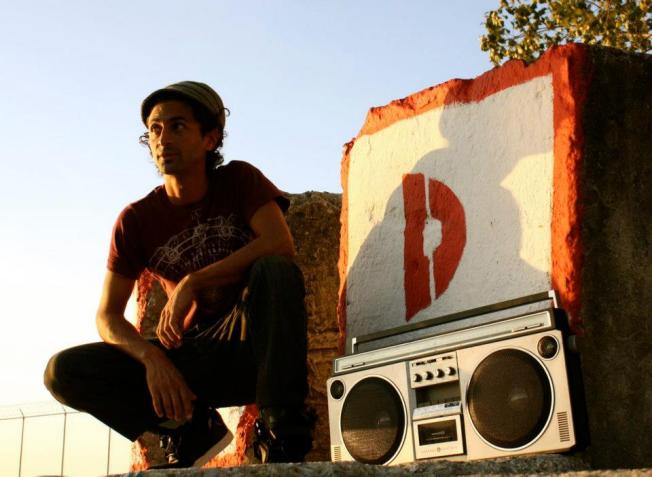 After a very special SUMMER OF LOVE 2018, we are excited to announce that our next jam on Sunday, March 18 with be featuring one of our biggest musical influences

NICKODEMUS has been playing everything from AFRO-LATIN & FUNK infuses dance-floor HEAT since the 90’s, he is in our opinion is one of the most eclectic DJ’s, Producers & label-owners on the planet.

He comes to Sydney to play a very special Sunday afternoon set where he will be paying homage to some of his MUSICAL ROOTS & INSPIRATIONS that have shaped him as a DJ & Producer.

LISTEN to | SOUL OF SYDNEY WARM UP MIXES (Mar 2018)
https://soundcloud.com/soulofsydney/mix195

NOW STREAMING: ❤️🎶 our VALENTINES DAY playlist with some of our favourite SOUL, JAZZ, R&B joints hand picked especially with YOU & YOUR LOVED ONE in mind this Valentine’s Day. 📻 Listen to it streaming right now on our #spotify. Featuring music by Jill Scott, Prince, Maxwell, D'aneglo, Angie Stone, Raphael Saadiq, Erykah Badu,Marvin Gaye, Lauryn Hill, Aretha Franklin, Whitney Houston, Al Green, John Legend & more. #valentinesday #neosoul #soulofsydney #jazz #soul #funk #rnb #r&b #music #slowjams #podcast #stvalentinesday #valentines #jillscottflow
Big ups to the true believers doing it for DISCO & today. See you from 2pm today, Set times are below 2:00 - 4:00 PM - PARIS GROOVESCOOTER 4:00 - 5:30 PM - PHIL TOKE 5:30 - CLOSE - JOHN MORALES Hosted by MC MIRRAH We have moved dancefloor areas inside undercover out of the rain so we can party in comfort. This is a FUNDRAISER JAM so we are still selling the last few tix online via the link below if anyone would like to join us :) ★ Tickets via link ★ www.facebook.com/events/580668552715403/ ★ www.funkfundraiser.eventbrite.com.au
Massive LOVE to the TRUE BELIEVES who snapped up space on the dance floor tomorrow. The VENUE DETAILS, SET TIMES & PARTY INFO have been EMAILED to all ticket holders. Please Check your Email (and spam, junk, promotion) folders for all info. If you have purchased a ticket and yet to received, please email us with your booking confirmation at soulofsydney@gmail.com. The venue is 18+ and all dancefloor areas are undercover for this one. We don't mind a bit of rain, but it's probably better we move under some cover for this one so we can party in comfort. Tix and info https://funkfundraiser.eventbrite.com.au
We are honoured to welcome New York DISCO legend JOHN MORALES back to Sydney for this Sunday’s funk fundraiser jam (for NSW bushfires). With over 500+ tracks to his name, The signature JOHN MORALES sound has been the shaping DISCO, BOOGIE & SOULFUL dancefloors for generations since the 1970’s & he has been the benchmark for PRODUCERS, DJ’s & DANCERS alike. We can’t wait to have him in town for this Sunday’s jam, join us from 2pm for a very special Sunday afternoon of DISCO FUNK as we get together and dance to help raise money for communities affected by the recent bushfires. Tix and info at Facebook.com/soulofsydney or click link on bio. // #johnmorales #disco #rollerboogie #soul #soulofsydney #sydneymusic
White Australia has a Black History. 💛❤️🖤 #NoprideinGENOCIDE. Australia we think it’s time we had a conversation.👣✌🏿#australiaday #changethedate 🖤💛❤️ #redfern
NYD 2020 🎶SOUL TRAIN & SMILES 🎶💚 Love the dance floor expression from NYD, big ups to the legends who got involved and gave us so much Joy. Props to the SOUL PATROL queens for getting this going. / Hope we are lucky enough to see you down there at the bushfire fund raiser next month. Join us on Sydney’s friendliest dancefloor as we get down dance and raise some much needed funds for the bushfires. // #soulofsydney #funk #soul #sydneymusic #sydneydance
%d bloggers like this: