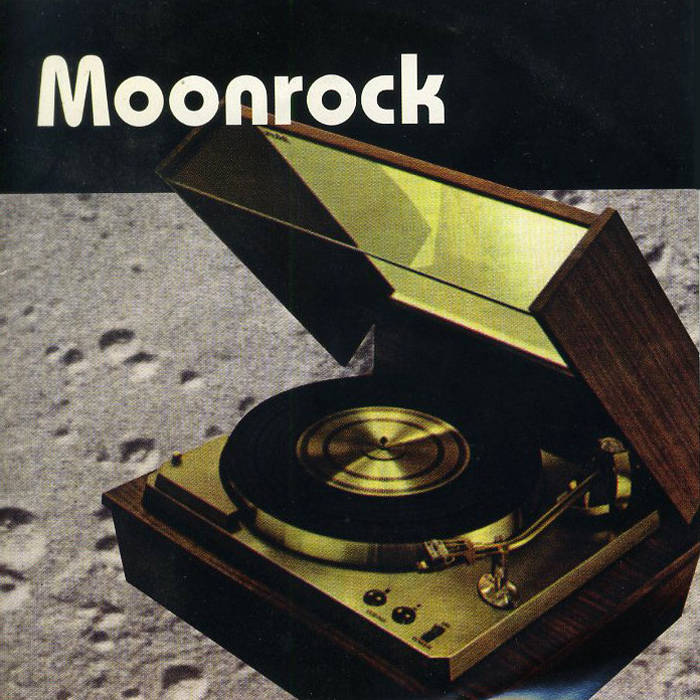 Moonrock was Katalyst and illpickl – meeting in the mid 90’s when illpickl was working out of the upstairs studio of The Lounge Room. A specialist hip hop store in Sydney’s Piit Street. They went on to form the group know as Moonrock. At the time illlpickl was the producer and MC in a group called Easybass, along with fellow MCs Sleeping Monk, Simple, JU, and DJ Leeroy Brown. They were one of the pioneering hip hop acts of the time in Australia.

Joining forces to form Moonrock in 1997 the duo went on to produce the self titled debut. The album also featured a track (Doubt) produced by Peakhour. Another veteran Australian producer who has subsequently done work with Katalyst under the moniker The Adventure Starters.

“The Fiend” features The Sleeping Monk.
“Obstruction. A Freestyle” features Ivo.
Cuts by Leeroy Brown
Mixed by engineered Fraser Stuart (who went on to become one of the partners in Invada Records.)

The album received critical acclaim at the time – spaced out hip hop-infused instrumental beats were the main flavor of this offering. It is cited to this day as having influenced many Australian producers that followed.

The late Illpickl was destined for great things before his reign was cut short by the hand of fate. His influence will never be forgotten. RIP brother.

All songs produced and arranged by Moonrock (Michael Wright &
Ashley Anderson). Except ‘Doubt’ produced by Peakhour for pH Music.
Cuts by Leeroy Brown.

Released in 1997 on Creative Vibe