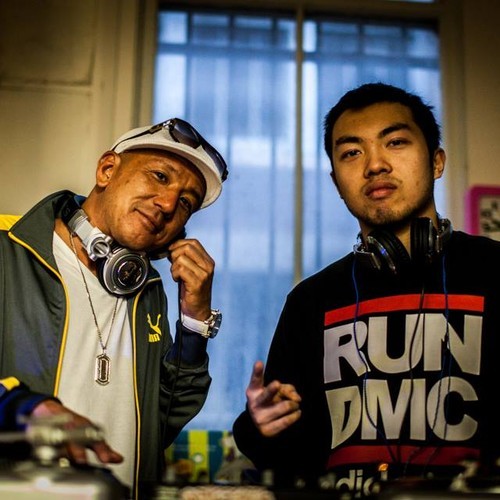 About the Mix;
Our good friend DJ Seb One dropped this dope old school mixtape a few day ago as a warm up for the up coming Soul of Sydney NYD BLock Party featuring some mad feel-good Funk, Disco & R&B goodness you can expect him to be throwing down at the jam.

About DJ Seb One.

In the winter of 2011, he was pulled away from the bar in a downtown Sydney watering hole. The following phrase, spoken urgently, would set the next three years in motion.

“Hey, I’ve got to go rehearse for a dance showcase, cover the booth for the next hour and a half.”

Things have come a long way for Seb One since that night of frantic under the booth googling on an iPhone 3GS, “Scratch Live Instruction Manual.”

Since then he has opened for the prestigious Dancekool Volume annual hiphop festival/competition alongside such notaries as DJ Matt Fernandez and DJ Naiki and has proven himself capable of supplying the backbone for dance battles of all styles in Sydney. Among those Seb One has had the honour of playing for include notable hiphop personalities Buddha Stretch and Loose Joint (Elite Force, NYC), B-Boy Y-not (Rock Steady Crew, NYC) B-Boy Physicx (Rivers Crew, Korea), Kumari Suraj (The Waackers) and Mamson (Wanted Posse, France). Bridging his love of music and food he further supplied the beats section of the Good Food Month “Bagels, Beer and Beats,” at Helm Bar, an event jointly held by Helm Bar and Brooklyn Boy Bagels. More recently Seb One partnered with Red Bull to provide the VIP foyer pre-show entertainment for the Sydney leg of the Rihanna tour.

Among his other pursuits he is a semi-active photojournalist and acts as Dancekool Studio’s Systems Technician. Acknowledging the need for a strong foundation in today’s budding talent and in order to give back to the community he grew from, he also assists DJ Naiki in a DJ course/workshop held at Dancekool premises.

Seb One currently reps the 319 as well as his personal philosophy, >1 (greater than).

Soul of Sydney return for their third NYD Block Party,
officially the funkiest way to start 2014.

More Information:
After setting up an amazing renegade New Years Day park jam in 2012 and a very special rooftop Block Party in 2013, Sydney outdoor FUNK collective ‘Soul of Sydney’ are back to throwdown more old school at another infamous NYD block party for 2014. 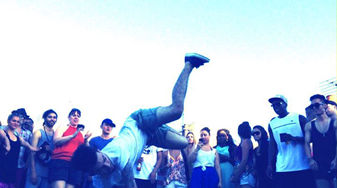 ABOUT SOUL OF SYDNEY

Created in November 2009, Soul of Sydney is an independent, artist run collective who are bonded by a love of ‘funk’ based music.
Our people include DJ’s, Musicians, Producers, Dancers & Designers who have come together to promote and support the music we love in this city, and the street culture around it.

Focused on a family orientated get together, DJ’s, Record Collectors, B-boys & B-Girls, and musicians come down to share & enjoy some of the music they love in a completely different environment, outside of bars or clubs.
With an ‘open decks, open mic & open dance floor’ policy just to keep it personal and give everyone a chance to do their thing where locals can come down as our guests outside of a usual club set. 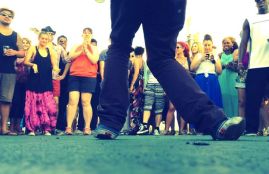