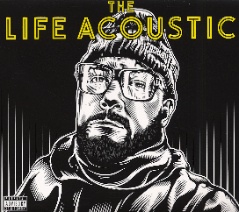 Grammywinning recording artist Everlast brings his acclaimed, acoustic show to Australia for the very first time from late February 2014. Everlast will play 10 shows and these dates mark his first Australian shows since 2001.

Everlast is a genre-bending veteran that has had a career that most artists would kill for. He’s sold millions of records as both a solo artist and a member of two groups (House of Pain and La Coka Nostra). He’s won a Grammy and been nominated for two more. He also received an Emmy nomination for his work on the theme song for TNT’s ‘Saving Grace’. He’s successfully reinvented himself as an artist, started his own label, amassed an impressive art collection, and come face to face with his own mortality.

Everlast’s current album ‘The Life Acoustic’, a sort of retrospective on the singer/songwriter’s career, was released in August 2013 and features 12 songs including an acoustic version of the iconic House of Pain track ‘Jump Around?’ as well as his major hit singles ‘Today’ and ‘Black Jesus’.

“I wanted to dig up some of the songs that I felt were gems, yet they didn’t get enough of a look the first time; and maybe in this light, they’ll shine,” says Everlast. “I picked my favorite songs, and recorded them straight-up acoustic, maybe a little keyboard and that’s it. There’s part of me that thinks maybe this is what I’m supposed to be doing… I’ve done a couple of European tours acoustically now.”’

Watch the video for ‘Jump Around?’ here