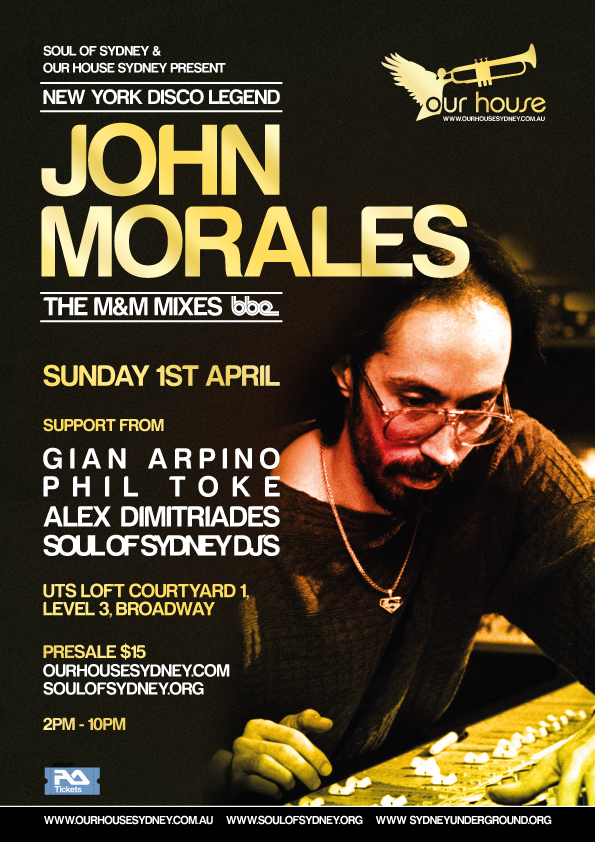 Digital music great, but man I miss all the liner notes they used to put in albums. Not sure why they don’t have a section in Spotify just for these. Super excited to catch SOUL II SOUL, let’s hope some of the madness settles and they end up coming here for their announced tour in June.
DAYBREAKER DISCO 💛 NEW SPOTIFY PLAYLIST 📻💕 A collection of our favourite high-powered DISCO FUNK & SOULFUL joints as a lwarm-up for @daybreakersyd / ONE LOVE : YOGA, MEDITATION 🧘‍♀️ & DANCE 💃 event happening this Friday morning at Centennial Parklands. Check out the full playlist featuring classic joints from the likes of Sylvester, Diana Ross, Chaka Khan, Roxy Music, Womack & Womack, Teddy Pendergrass, Melba Moore, Gwen Mcrae & more. Listen to it streaming right now at https://sptfy.com/daybreaker Check out more from that amazing DAYBREAKER event happening this Friday. www.facebook.com/events/611014766386233/ #daybreaker #sydney #daybreakersydney #daybreakersyd #disco
We are absolutely loving the latest @thecheatcoders Podcast with @mirrahreflects having a relaxed chat about her amazing journey in music from her early days around London’s Hip Hop Scene, a friendship with Flavor Flav & touring with Public Enemy working with the likes of; MC Lyte, TLC, Method Man & Murder Inc as a dancer & artist & to coming back to Australia & working with L-FRESH The LION & her new own solo musical projects.
Can’t believe this was 4 years ago. ☔️What a blessing it was to be in the presence of greatness for the PIANO & MICROPHONE TOUR back in 2016. This live show will stick with me forever and ever, I had seen Prince before in larger shows with his full band, but I honestly wasn’t ready for the levels he took it to in this show. I knew it would be good, but wasn’t expecting to be sitting there at the end of the show blown away by the sheer musical talent i just witnessed. I remember thinking that this man was sent from another planet and it was his destiny to move the world with his art. This totally changed the way I listen to music like only one of the greats can 🎶
NOW STREAMING: ❤️🎶 our VALENTINES DAY playlist with some of our favourite SOUL, JAZZ, R&B joints hand picked especially with YOU & YOUR LOVED ONE in mind this Valentine’s Day. 📻 Listen to it streaming right now on our #spotify. Featuring music by Jill Scott, Prince, Maxwell, D'aneglo, Angie Stone, Raphael Saadiq, Erykah Badu,Marvin Gaye, Lauryn Hill, Aretha Franklin, Whitney Houston, Al Green, John Legend & more. #valentinesday #neosoul #soulofsydney #jazz #soul #funk #rnb #r&b #music #slowjams #podcast #stvalentinesday #valentines #jillscottflow
Big ups to the true believers doing it for DISCO & today. See you from 2pm today, Set times are below 2:00 - 4:00 PM - PARIS GROOVESCOOTER 4:00 - 5:30 PM - PHIL TOKE 5:30 - CLOSE - JOHN MORALES Hosted by MC MIRRAH We have moved dancefloor areas inside undercover out of the rain so we can party in comfort. This is a FUNDRAISER JAM so we are still selling the last few tix online via the link below if anyone would like to join us :) ★ Tickets via link ★ www.facebook.com/events/580668552715403/ ★ www.funkfundraiser.eventbrite.com.au
%d bloggers like this: