As lucky N.W.A fans this weekend catch the first screenings of the much anticipated ‘Straight Outta Compton’ film we though we should share this little short radio story. The film is already screening in the states to some great reviews and opens in Sydney on September 3rd. (Check out Info HERE at Hoyts or another other cinema)

When NWA’s ‘Fuck The Police’ was first released in 1989 there wasn’t many station who had the balls to actually play it.

It was either heavily-censored or banned on radio stations in the united states and Europe & there was a point where local Australian station Triple J was the only station in the world playing ‘Fuck The Police’ which raised massive concerns from authorities in Australia.

After playing the song for a few weeks with no issue it wasn’t long before the songs lyrics caught the ear of local police and politicians in Western Australia. They successfully lobbied ABC management to have the song pulled from play lists immediately.

It a true act of defiance the station staff refused to fold and continued to program the song even though the act of defiance actually cost some of them their jobs at the time. In solidarity with sacked station staff, the remaining staff decided to run their own form of protested by playing N.W.A – ‘Express Yourself’ for 24 hours straight back in 1990 which gained the station massive notoriety and made headlines around the world. Still to this day they station features part of the controversial song each day as part of their news segment promo like true champions. 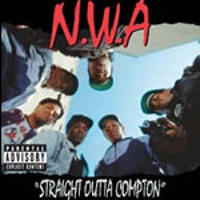