“Sweet n’ tight, this is a heavy cut of soul! ” TM Juke (Tru Thoughts)
“There’s plenty of funky combos around these days, but these guys really do a hell of a job – and the overall sound of the record is so great!” DUSTY GROOVE CHICAGO
“TCK deliver old-school funk with a contemporary energy, enthusiasm and intelligence and if you’ve got soul this is one band that’s happy to put it out” iTunes USA

Check this from our new collab @sydneystreetart showing off dope local street-scape photography from our main man Devlin .

“#9ofpride – These installations have either been defaced or buffed. Take the time #today to appreciate the people and things around you, tomorrow it may not be there! #art #sydneystreetart #ilovesydney #sydneystreetart “

Melbourne-based soul artist Jess Harlen debuts the breakthrough single from her anticipated full length album Neon Heartache, the initial release from the freshly launched Plethora Records. Titled “Watch The Water”, the song is the first sample of music from the heralded musical collaboration between Harlen (named ‘Best Unsigned Artist‘ at the 2007 Urban Music Awards) and 2008 ARIA Nominee and 2009 Mercury Prize Winner (for his work with Speech Debelle) Plutonic Lab.

“Watch The Water” combines the grace of acoustic melodies with solid rhythms and soulful introspection- a small teaser into Neon Heartache’s depth and poise. Included with the lead single is the album track “Diamond”, a gritty bass-driven blues number backed by midnight reflection and heartbeat tempos- a beautiful contrast to “Watch The Water.”

Produced by Plutonic Lab, Neon Heartache showcases the incredible musical talent Harlen has been harnessing for years – touring the globe with roots giants Blue King Brown as well as guesting on Muph & Plutonic‘s acclaimed 2008 album, …And Then Tomorrow Came.

With Supports by LISSA and Anthony Ousback

Links to her videos: 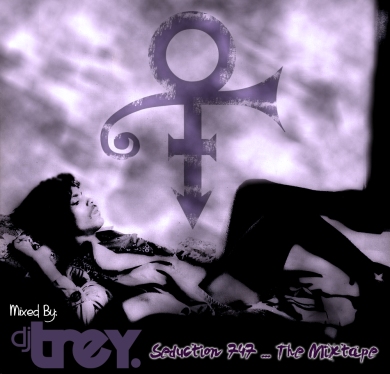 Yes, Yes people only 2 days left till the Prince Australia Tour starts & we have another absolute gem of a mix-tape. The Third installment of our “Midnight Mix-tape” tributes to PRINCE! This one is thanks to our man local Soul, Funk & Hip Hop DJ Trey.

Soul Of Sydney, Soul Sounds & Mama Feel-Good Funk Collective will be throwing down the goodness this weekend with a stack PRINCE inspired SOUL, FUNK & BOOGIE as well a solid dose of PRINCE gems from 10pm THIS SATURDAY (MAY 12th).THE PRINCE AFTER PARTY – TRIBUTE!Right after the Concert from 10pm – Late This Saturday (May 12th).Hosted by Soul of Sydney DJ’s & Friends:

Soul of Sydney & Soul Sounds will be paying special tribute to musical legacy of PRINCE!

We will be throwing down a stack of classic Prince inspired numbers on Saturday 12th May right after the Concert from 10pm – Late.

We love it when we hear such talent so close to home! Support Sydney Music !

Bondi based ROOTS, Funk outfit Kind Tide have launched a new Website are showing off stack of their work for all to enjoy! love when our favorite bands send us more music! Get on King Tide HERE at their page & be sure to check out a show around town too!

There is much to marvel at when rock steady royalty King Tide take the stage.
Brett Winterford Sydney Morning Herald

When the first song. The catchy “Atomised” bounces into life. You know you are in safe rock steady hands .
Martin Jones Rhythm Magazine

Simply, and I have written this before. King Tide is one of the best live acts in this country
Paul Busch Faster Louder

King Tide’s third album “Roots pop Reggae” is  a wonderful reason to seek this band out in the flesh.
Niel Kerrigan MX mag 4 ****

Red Bull Beat Suite is set to smash every conceived musical boundary – creating an entirely original, never-before-heard musical exploration, mixing together the nation’s best beat makers, musicians from the Australian Youth Orchestra as well as special guest vocalists including US soul singer, Aloe Blacc who will all feature on the same stage for two shows only on Saturday 12th May, at the Melbourne Recital Centre.

This very special event will be an orchestral exploration of the last 20 years of electronic and beat music combining two diverse musical worlds, setting a musical precedent by bringing the contemporary and classical worlds together on the one stage for the very first time in Australia.

Fans can expect to hear Australia’s best beat makers including two turntablists, a 15 piece orchestra, bass player, percussionist plus the hottest guest vocalists to produce a show like never before. The show will feature the talent of Ladi6, DJ Perplex, Amin Payne, Scratch 22 and Galapagoose. This innovative musical mash up will be cast under the intrepid direction of Australia’s own maestro and composer, Tamil Rogeon, who is charged with conducting a bunch of people who quite frankly, don’t belong in the same room – let alone the same stage! Red Bull Beat Suite is the creation of curator and creative director of the event, Kano Hollamby.

Red Bull Beat Suite is a rare opportunity to push the envelope and drive forth innovation by fusing together cultures that would normally play in very different playgrounds. The event will provide opportunities for the young guns of classical music to work with those from a hip hop and electronic music background – an unexpected collaboration with mind-blowing results.

Red Bull Beat Suite will debut at the stunning and musically paramount Melbourne Recital Centre, which is excited to be part of this exciting fusion – be the first to witness this cutting edge musical experiment.

Red Bull Beat Suite is a drawing together of cultures which is as ambitious as it is thrilling. Take the nation’s best beat makers, put them on stage with the Australian Youth Orchestra, throw in US soul singer and hip hop luminary Aloe Blacc plus special guest singers and musicians, and cast them under the intrepid direction of The Raah Project’s Tamil Rogeon.

Red Bull Beat Suite is homage to the last 20 years of urban beats and electronic music genres, told by Australia’s and the world’s most cutting edge musicians, producers and vocalists through a ‘mix tape’ of orchestra, turntables and live beats.

Adding to the experience, Melbourne’s own and world renown ENESS will create a never before seen interactive visual display, utilising their own award winning 3D projection mapping technologies.

Because Sundays are supposed to be spiritual ! Prince live way back in 1987 @ Paisley Park featuring Sheila E. & Miles Davis

The concert seat fees were $200 for a charity and features Miles Davis doing a Solo  during the epic 30+ min version of “It’s gonna b a beautiful night”.