Here it is, one of our most popular mixes. Our D’aneglo tribute mix we originally put together back in April 2014 to pay homage one of the finest soul artists of our generation.

Over 12 months on with over 50,000 plays it is looking like we will have to remove the mix cloud soundcloud, so we have decided to host the mix along with our back catalog of 200+ mixes, radio shows and live recordings over at our NEW RADIO CHANEL at HEARTHIS.AT.

Okay Player catch up with the legendary Jill Scott for an for an exclusive Interview to celebrate the 15th Anniversary of her debut release “Who is Jill Scott?”

To commemorate the 15-year anniversary of her iconic debut, We asked Jill to share memories of recording that first LP, how the process changed after becoming a mom, and what might be next as she continues to answer Who Is Jill Scott?

Read the interview in full HERE at at Okay Player |

Fresh on the scene and fresh to our ears comes smooth soulful sensation Thandi Phoenix. With a sound that is equal parts raw and enchanting, this sultry Sydney songstress is set to carve a path for herself as one of Australia’s most promising new female RnB/soul vocalists.

Following collaborations with the likes of Ta-ku, B-Wise and Coin Banks who both featured Thandi on vocal duties for their respective ‘Songs To Break Up To’/’ ‘Heads’ & ‘Tails’ EPs in 2014 – Thandi’s talent was never going to be left untapped for long.

2014 proved to be a successful year in many ways for Thandi, signed on the spot by Melbourne-based management stable Twisted Kids, playing Bluesfest as a guest for Seun & Fela Kuti’s Egypt 80, not to mention playing in between Anthony Hamilton and Angie Stone at this year’s Soulfest – a dream come true. Not one to rest on her laurels, this ambitious young woman has spent the past 18 months crafting her sound; studying music and spending time in writing camps – refining a skill that comes so naturally to the talented singer/songwriter – albeit, not a passion she had always envisioned herself pursuing.

During a visit to Africa early last year, Thandi experienced an epiphany, after which she returned to Australia with a raging fire in her belly – ready to explore other avenues, resulting in a new, improved artist and version of herself.

With a debut solo EP in the pipeline, a string of collaborations with Club Feet, B-Wise and Sid Pattni in the works and a national headline tour supporting US RnB princess Tinashe on the cards, 2015 looks to be the year that will catapult Thandi into the waiting arms of the Australian public – as a sure fire one to watch.

After the success of the Stevie Wonder shows a couple of weeks back, our good friends at Behind the Front and Kitten Jam return for their fourthinstallment of ‘The Rebirth of Fresh’, a night of neo-soul, jazz and r&b covers paying homage the one and only Babyface. This time around it features local Sydney vocalist GLENN LUMANTA and band consisting of Tully Ryan (drums), Joel Jenkins (keys) and Eric Fortaleza (bass) putting their nu soul and jazz spin on the work of prolific R&B and pop producer Kenneth ‘Babyface’ Edmonds.

Behind The Front and Kitten Jam presents #GenerationNuSoul ‘The Rebirth Of Fresh’, an exploration through iconic music. The Rebirth Of Fresh is a new fortnightly event held at Ginger’s in Darlinghurst that sees Sydney’s freshest musicians and vocalists tap into their creative expression and push sonic boundaries as they interpret an iconic producer’s body of work. With a new producer to deconstruct each month, a different guest vocalist each week and alternating between two house bands, The Rebirth Of Fresh will take the audience on a unique trip each fortnight.

Think Babyface meets Robert Glasper, as the band take the audience on a aural exploration that will leave the audience yearning for more. With an entry price that’s little more than that of a cup of coffee, Sydney’s music lovers will be ensured a night of genre-defying music that delivers more of a buzz than their morning caffeine hit. 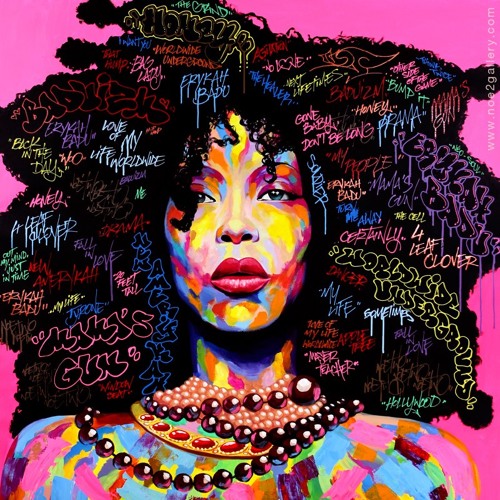 DJ Naiki’s fast paced turntable persona and music selection, and ability to chief rock any crowd has led him to become one of Australia’s most respected and in demand DJs.

One of the founding members of the Chiefrockers, DJ Naiki has performed at many high profile shows and afterparties, for groups like Naughty By Nature, DJ Ca$h Money, Mystro, DJ Jazzy Jeff, DJ Krush Tour, NSW DMC Finals 1999 – 2002, and was one of the official DJs at the Olympic Village during the Sydney Olympics. Most recently DJ Naiki opened up the Sydney show of the Mobb Deep Blood Money Tour.

DJ Naiki is renowned for his incredible record collection, and his classic old school mix tapes.

Thank you, may 2011 be your year to grasp hold of what you aspire to achieve! Make it YOUR year! Anything is possible.

Such a beautiful musical collaboration between two of our era’s finest..