In no particular order, 14 hip hop trailblazers. Not the 14 best albums, although several would land on that list too.

“I start to think and then I sink into the paper, like I was ink When I’m writin’ I’m caught in between the lines I escape when I finish the rhyme.” So much for the hot butter on breakfast toast. Rakim’s intelligent and much more complex rhymes where world’s apart from his predecessors.

KRS calls himself ‘the teacher,’ but with his ‘9mm’ and his beef with Marley Marl and MC Shan, his home room would have been on scary place. Gangsta meets black pride.

Shocking. 23 years on, it is easy to forget how gobsmackingly controversial it was to have kids saying nigga, bitch and above all shooting police. The ‘niggaz with a motherfucking attitude’ shocked the establishment, scared politicians and middle class white people throughout LA and the States (not including the white suburban kids buying it). To boot, Dre’s production is outstanding.

Rick the Ruler, with his mellifluous voice, sprawling, absurd and at times very funny narratives, is rap’s premier storyteller. What more could have Rick offered if he could have avoided 6 years gaol after a 1990 shooting?

“Everyone should have a doctor you.”  Earth people, Keith may indeed be from Jupiter. Always outside the box, with dozens of pseudonyms, sex album, cannibal album and  a space album. Using diesel power in his collaboration with Prodigy, Keith stepped outside of hip hop and helped Fat of the Land become the first electronic chart topping album. Beyond the diverse projects, his inimitable voice and a rhyme style is so unpredictable, he could get a start on this list on the back of that alone. 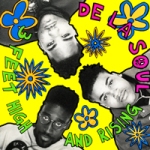 With rap moving more and more mothafuckin 187 gun totin Gs bustn nuts on bitches, De La drop an album replete with daisies, chestnuts and Jennifer oh Jenny. It was and is a fun album, (check out the clip to the long version of ‘buddy.’) Sweet funk sampling too.  It is not the only album on the list with Automator’s fingerprints on it. 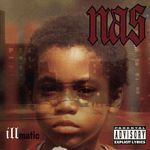 This album is as ‘ill as a convict that kills for phone time.’ One short skit at the start, then straight up 35 minutes of awesome rhyming inspired by the notorious Queens Bridge project. Gangsta, but more descriptive and poetic than straight up thug. And despite some more mundane album offerings afterward (even if studded a classic or two), Nas has continued to be an innovator. Stillmatic started the renaissance. Called an album “Nigger,” teamed up with D Marley for some reggae rap. Hip Hop Dead? Not while Nas is about. 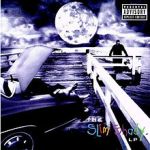 The art of bragging is part of hip hop. Interestingly, there was a flip side on this album. “Rock bottom when you feel like you’ve had it up to here and your mad enough to scream but your sad enough to tear.’ Referencing suicide attempts, problems with prescription drugs, being broke as fuck, and uber violent fantasies about murdering the mother of his daughter – sampling his daughter – this is one right out of the box. Next minute he doesn’t give a fuck after all, is bragging and the rhymes are super tight and outrageous. It was Eminem, not OJ. A girl Overdoses on mushrooms. He gave girl herpes in exchange for syphilis. I chuckled when I first heard it. Then listened again and again and again.

Wow. Rap album that from front to back explores love, which while the mainstay of many musical genres, had been nearly entirely ignored in hip hop. ‘If nothing lasts forever, what makes love the exception?’ ‘I hope that you’re the one, but if not you are the prototype,’ ‘and She’s the reason for the word bitch.’ But fuck it, if that is boring or too heavy for you, don’t even listen to the words.  3000’s production is one of the best albums of all time even when ignoring the lyrics.

Admittedly this is my least favourite of the 14, but the fact that he is singing and rapping at high speed was a first, then sprinkeld with some Southern flavour. And i would be lying if I denies that whenever ride wit me comes on, I smile and bop along. 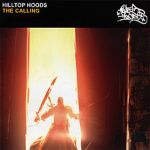 Aussie hip hop’s coming of age. A lot of local stuff seemed either ashamed and rhymed in a US accent, or overly patriotic and clichéd with things like kangaroos and barbecues. These guys were comfortable in their own skin, and it shined through in this release. We finally had an album and group free of hang-ups. The Calling is simply a good album, not pretty good for Aussie, but kinda crap.

Biting the Beatles, Donovan, The Eagles, Johnny Cash, James Brown, Afrika Bombata, Kurtis Blow, themselves, and anyone else they damn well pleased. These guys were fun, funny and catchy, and their white boy, tongue in cheek ridiculous braggadocio was great.  The groundbreaking and seemingly endless sampling make it very unique, then and now.

14. Public Enemy It Takes a Nation of Millions to Hold Us Back

Kinda dirty, grating sound with Chuck rappin cranky. When Chuck and the sounds pound away and it feels a bit too intense, the track relents, and in squawks Flava to offset and balance the tracks magnificently.  It is angry, political, potent, unusual and fucking terrific.

END_OF_DOCUMENT_TOKEN_TO_BE_REPLACED

On tonight our brothers at @wearefallendisco bringing the heat to @tatlersydney with BIRDEE, our our own @philtoke and friends
White Australia has a Black History. 💛❤️🖤 #NoprideinGENOCIDE. Australia we think it’s time we had a conversation.👣✌🏿#australiaday #changethedate 🖤💛❤️
FREE ROOFTOP PARTY 🎶💛 ON TODAY // FUNK SOUL & HIP HOP party jams hosted by @thegroovedealers feat legendary @djtotaleclipse, Plus @djcoolhandluke djadverse, @philtoke, @whoispepc @dj_amity_ and more. Get down from 2pm at @thestrawberryhillshotel
NYD 2020 🎶SOUL TRAIN & SMILES 🎶💚 Love the dance floor expression from NYD, big ups to the legends who got involved and gave us so much Joy. Props to the SOUL PATROL queens for getting this going. / Hope we are lucky enough to see you down there at the bushfire fund raiser next month. Join us on Sydney’s friendliest dancefloor as we get down dance and raise some much needed funds for the bushfires. // #soulofsydney #funk #soul #sydneymusic #sydneydance
FACES OF FUNK 🙏🏽NYD 2020 SOUL PARTROL QUEENS & the unmistakable @andrewbukenya up front resonating positive vibrations and sharing moments in music on stage. Love your work @abpresents @mammamegsy_soulpatrol @oishygyal @zeinabambina this warmed the ❤️🙏🏽 #soulofsydney #funk #soulpatrol #andrewbukenya #sydneymusic
Good Morning 🙏🏽 HAPPY NEW YEAR 💛 Thank you all so much for the support ★ ALL PRE-SALE TICKETS are now SOLD OUT(& we will not be able to do any door sales or last min tix due to capacity). We did our best to accomodate everyone but we simply need to leave room for dancers. We sent the the the last few invites out, already l. We will be busy today setting up, so there is a good chance we won’t be able to get to any last min messages for tickets etc, or apologies in advanced for anyone who gets in touch as we won’t be online. / ★ Venue - The Venue has been EMAILED to all TICKET HOLDERS, if you have purchased a ticket and you do not have the address please EMAIL us your booking confirmation, full name to soulofsydney@gmail.com. (please dont comment here or send social media messages as we won't have time to reply) / We are so blessed to be able to present the 9th Soul Of Sydney NYD jam. Thank you so much, we look to partying with you all. 🎶💛❤️
%d bloggers like this: