Diversity is a template for success for any artist, Sydney based music producer Pedram Rouzbehaniknown to his fans as P.R, crafted his art around diversity drawn from life experiences & cultural upbringing.

Dubbed as a 4D producer, he exhibits the importance of not being 1 dimensional when it comes to creating his art. Despite becoming increasingly active within the Hip Hop and R&B scene, he has expanded his horizons by fusing with other music styles including Jazz, Soul, Funk, Chill-Out, Lounge, House and Classical.

His inspiration is drawn from his life and observing the world around him, which has created his passion to create positive music with good vibes or what he refers to it as “feel good music”. He loves to experiment with different moods of music by fusing multiple genres of current and past music.

He is influenced by Life, Sound, Film and Music. The style behind his production have been a fusion of influence by the great works of Nujabes, 9th Wonder, DJ Premier, Kanye West, J Dilla, Alchemist, Dela, Uyama Hiroto, Joe Hisaishi, just to name a few.

He started producing music in 2006 part-time, whilst studying at university to complete his bachelor of Electronic Arts. His relentless drive started paying off as he was starting to get more attention and began to establish himself as a music producer with career goals and aims.

In January 2010, he released his debut mixtape “Pre-Heated” which was hosted by world famous DJ/Producer “Statik Selektah”. The mixtape featured artists from around the world such as Naledge (from Kidz in the Hall), Chaundon, Mystro, Carla Waye, 13th Son & many others. The mixtape achieved great accomplishment clocking over 10,000 downloads, as well as being featured on over 100 websites, magazine articles and landing some radio air time.

In April 2010, he received a bachelor degree after completing his 4 year course in Electronic Arts, which he had studied Digital Music as one of his main subjects.

In May 2011, he produced and released a successful digital e.p titled “Bridging The Gap” for New York veteran “Ali Vegas”, with fellow Sydney music prodocuer “The Iron Ghost”, under their duo music group called “Sound Kamp”.

On June 03, 2012, he released his debut solo EP titled “Introspection”, through U.K based label “Cult Classic Records”, which consists of 6-tracks with features from Carla Waye, Substantial & Funky DL. So far, the e.p has brought in over 20,000 downloads, earning him a big bunch of new fans, radio play, constant twitter, facebook and blog posts, with progressed doors opening to opportunities.

“His approach is influenced by greats like Pete Rock and the late Nujabes, the latter of whom’s sound is definitely apparent on contemplative standout “We Will Make It” featuring Blu and CYNE’s Cise Star. If you’re a fan of jazz-laden boom-bap and have been looking for something new to vibe out to in the afternoon/evening, you have to download Moment In Time.”  – PotholesInMyBlog.com

To date, he has worked with people from all around the globe. In Australia, Asia, Europe and America. His travel plans in 2012/2013 for music have been within Japan and Korea, where he achieved tasks such as getting a music video, photoshoot, meetings, show, studio sessions and promoting his music all done, with the goal of expanding his music into the scene and spreading his Jazz fused Hip-Hop sound.

His love for music & the cultures, as well as the joy and thrill of making music and experiencing other artists embrace and use it, are what drives him to continuously create and produce. 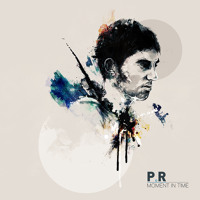 Yesterday Soul Of Sydney had a chance to interview Australian Hip Hop producer, P.R (Pedram Rouz). We got to chat with him about some of his new and upcoming projects, his inspirations and advice for any aspiring producers/musicians trying to get their name out there.

First of all can you tell us about how you got you into production ?

I started off fooling around with mixing and editing. In high school, I had a friend who rapped, so I downloaded a program that another friend showed me called “Cool Edit 2000”. We would download beats off the internet, then muck around and use them for tracks. At the time, all we had was a $5 computer mic and the program. I would record him rap, then edit, mix, add effects, etc, with cool edit 2000. It was so cool for us at the time. No one in high school was doing it. This was happening until about 2005, then I stumbled across a program called “Fruity Loops”, which is now called “FL Studio”. I self-taught myself to use it and messed around with it for a year or so, until about late 2006 – 2007, when I did my first proper track, which was with Israel Cruz called “My Lady”. The rest is history …

What other producers or artists do you see as inspirations?

Wow so many, I would say in terms of my music, that producers inspire me more than say rappers and singers, even though a lot of rappers and singers obviously inspire me overall. In terms of producers, I would say DJ Premier, Nujabes, 9th Wonder, Kanye West, J Dilla, Just Blaze, Hi-Tek, Statik Selektah and Alchemist are my main inspirations that have produced tracks over the years that have inspired me to produce beats myself. Until lately, I’ve always looked to Hip-Hop producers for inspiration, but as I’ve been growing musically as a producer, I’ve come to respect and draw inspiration from producers as well as composers from many other genres’ like Jazz, Classical, Electronica, and more.

Do you have a favourite musical project that you’ve worked on?

I would have to say “Introspection” has been my favourite personal solo project that I’ve worked with, even though my debut mixtape “Pre-Heated” had so many more tracks, and amazing features, and was hosted by Statik Selektah himself, it just felt so new working on “Introspection” because it was a style of music I had just started to create, which was the fusion of Jazz, Hip-Hop, Lounge and Atmospheric music. Other than that, in terms of working on projects for others, I would have to say DJ Victor Lopez’s upcoming album would have to be another favourite, because I have tracks on it with Evidence (Dilated Peoples), Bone Thugs N Harmony & Onyx, just to name a few, so that’s also very exciting and has some of my top Hip-Hop production on it.

Your music is very sample-based. How and where do you search for samples? Can you tell us about that process?

I started off downloading songs and sampling them, but I felt like so many producers were doing that and it didn’t feel so exclusive for me, so I got myself a record player, and now I collect a lot of records, dig in the crates, and sample off them mainly.

Can you give readers an insight of your personal records/music collection?

I would have to say my music collection is very diverse. I have everything from classic music to jazz music to Korean music, and many others. I discover something new everyday! And I definitely recommend people being more open minded with music, because there are so many amazing songs and genres out there.

Do you own any rare stuff you’re proud of?

Hmmm, a couple of rare records, books, even games, but nothing too crazy.

Besides a variety of samples, you also use a lot of musical influences. Are there any styles/genres you still want to experiment with?

I would love to start experimenting with classical and orchestral music. The type you hear in movie scores. Movies are definitely another path I want to take with my music. Jazz is also something I would love to experimental more with, I know I sample a lot of Jazz, but in terms of proper Jazz composition, that’s something I’d love to start learning and building towards. I’m down for anything really. Music has no limits these days.

Do you have advice for young people who want to become music producers?

Start with passion and love. Don’t go into production with the mind state of wanting to make money and becoming famous just like that. Production is a step by step process. Stay constant and productive, and from that you will see progression, and of course, get your stuff out there, example, through networking, collaborating, and anything you need to do for people to hear what you got to offer.

What can we expect from you in the near future?

2012 has honestly been my most productive year. I have progressed the most this year and have worked on the most projects this year, so expect to see a lot of (Produced By P.R) tracks coming your way.