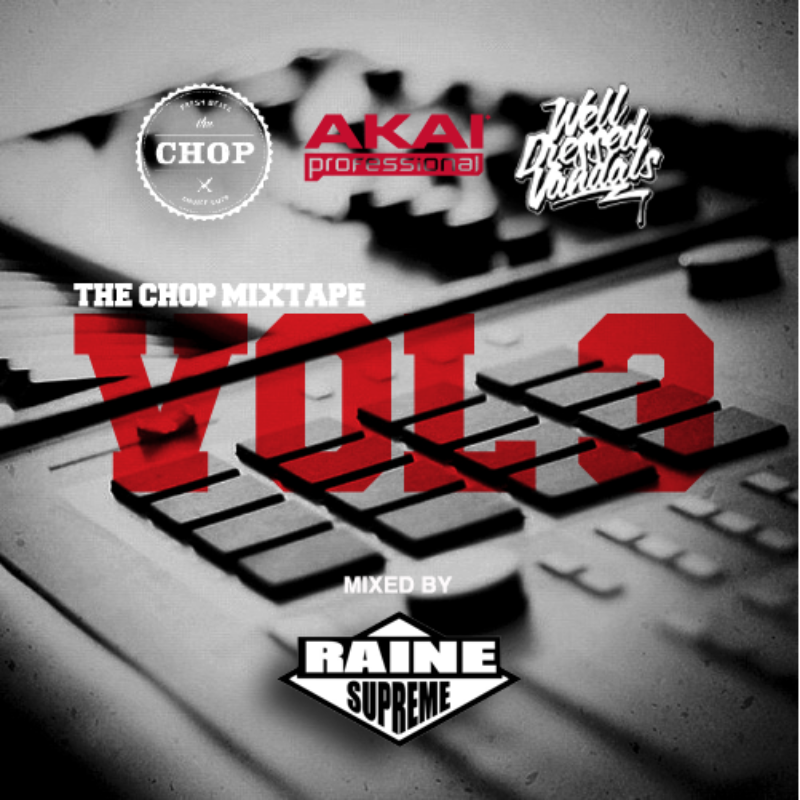 Our rainy day mix-tape recommendation courtesy of our good friends at THE CHOP.

A fresh selection of Sydney’s beat makes gems put together by your homie and Soul of Sydney crowd favorite DJ RAINE SUPREME.

Here is a little treat for your Monday afternoon. Sydney mixtape done DJ MOTO throwing down the 90’s Hip Hop and Funk vibes for the closing set at SOUL OF SYDNEY NYD 2015 back room.

ADD SOUL OF SYDNEY FOR UPDATED ON MORE SECRET PARTIES, WAREHOUSE JAMS, ROOFTOP PARTIES AND BEYOND.

Check out for more info www.facebook.com/soulofsydneydjs

Check out some of the sounds you can expect at Soul of Sydney with this special live set, featuring Sydney FUNK DON, MEEM live in the mix for a set he played way back in Feb 2013.

Here is a live recording to help you through your Friday morning, an imaginative blend of Brazilian infused Soul and Funk vibes recorded a couple of weeks ago at 2SER radio’s 35th Birthday / Funk Fundraiser Block Party.

Enjoy the tropical funk rhythms as our good friend Elchino (of Departure Lounge radio show) digs deep into his record collection to bless us with this extended all vinyl set to open up the day in the beautiful courtyard settings on Greenwood Hotel.

A hush-hush NYD throw down for our extended SOUL FAMILY & friends.

After some very memorable New Years Day throw-downs we would like to invite our extended SOUL FAMILY to join us again for our fourth SOUL OF SYDNEY NYD Special.

We have been very blessed to host some very special jams the last couple of years, throwing it down in all kinds of killer party spaces including;

RSVP here for info. We are keeping this one tight for our extended soul family and friends.

Travis Lee is a Brisbane Soulful Rebel Singer who keeps it fresh, whilst also mixing classic old school Soul/R&B music which is shown in his latest track “Next 2 Me.”

“Next 2 Me” is a boy meets girl kind of story, but Travis Lee goes a step further and divulges into the complications of what happens after the first encounter.

With Travis Lee’s sensual vocals and production that features vibes such as New Jack/Swing/Funk/Soul Groove; this track will not only tap into your heart strings, but also capture the true essence of future soul music.

Travis Lee first started his career with cover bands and now he is making a mark in the Soul industry today with his previous releases “Take You Away” and “Surrender.”

Take a listen over at –> BAMA LOVE SOUL

Just heard this via Metropolis Touring:

The game changes and rappers come and go, but one man has remained constant – Hip-Hop Legend aka The Don Mega – the mother f***in’ ICE CUBE!

Having leaped the boundaries of the rap / hip hop world, he is known as one of the most influential and important figures in the entertainment business today. From his time as one of the driving forces behind the infamous and iconic group N.W.A, to his successful solo career and his ventures into film and television, it’s safe to say he has been there and done it all. Not forgetting his roots, Cube is still “all fire and brimstone; shouting epithets and curses, reminding us all he was once a part of a history-making hip hop team” (The Dwarf)

Possessing a brutally honest attack bolstered with proficient and violent lyrics, Ice Cube has forged a legacy spanning 25+ years.
Millions of platinum and gold album sales worldwide. Collaborating with some of Rap and Hip Hop royalty such as Public Enemy, Dr Dre, Snoop Dogg, Eminem and Ice-T among others.

And of course his film career as a producer, actor and director of such films as Boyz In The Hood, the Friday series, Barbershop and more recently Ride Along and the Jump Street series.

Going off his past Australian performances, fans can expect an explosive show packed with the iconic and timeless rhymes such as Check Yo’ Self, It Was A Good Day, You Can Do It, Go To Church, Hello, Smoke Some Weed, Gangsta Rap Made Me Do It and NWA’s Fuck Tha Police and Straight Outta Compton as well as some fresh tracks from his new album Everything’s Corrupt.

Often imitated but never duplicated, the Hip Hop Legend is coming back down under to show and prove why he was the one who “started this gangsta shit”!

Stay close for all tour news, mixtapes, and info.

Xzibit to perform at the opening of Sydney’s newest night spot, Miind Nightclub.

We are absolutely honoured to be able to bring a special Soul of Sydney set from our good friend, Sydney’s own DJ MO’FUNK who is back in town for a few weeks from his extended residency at Pacha Terrace in Ibiza. As one of the finest selectors in Sydney and one of the few DJ’s in the world doing it large in Europe we cant wait to see what he has in stall for our joint bday jam.

Introducing DJ MO’FUNK, one of Sydney’s favorite sons back in town back in Sydney after 7+ years throwing down hip hop, funk, disco and beyond as resident selector at Ibiza’s Pacha.Check him out doing his thing for DJsounds in 2012, throwing down everything from a dope selection of the boogie, funk and hip hop grooves he is so well known for.

About Mo’Funk
Sydney-bred DJ Mo’funk isn’t just a veteran of the Australian dance music scene, but now an annual fixture on the biggest clubbing playground of them all – the Spanish party isle of Ibiza. Since first venturing there with his record crate as a virtual unknown in 2007, Mo’s racked up sets at too many of the island’s hotspots to name.
His 2012 tour of duty saw him hold down residencies at no less than three clubs: Pacha, Ocean Beach Club, and the big one, Space, where he regularly stepped up to the plate for their We Love… and Carl Cox – The Revolution club nights.

Not content to just bask in the Northern Hemisphere sun, he’s brought some of that Ibiza spirit back to Sydney for summer.

Mo’funk has held the true art of the DJ close to his heart since his introduction to the Sydney club scene in 2001.

Over 14 years of obsessively seeking out good music, both new and old, he’s honed the skills to deliver the goods every time – whether spinning Downtempo Grooves, Soul, Hip-Hop and RnB, or the many flavours of House music he favours. At a club or festival, a cocktail bar or a fashion parade, you know what’s on the agenda when Mo’funk is in charge of your dancefloor: Real Music, Real Skills and the Uniqueness that no one can duplicate.