END_OF_DOCUMENT_TOKEN_TO_BE_REPLACED

If you’ve been wondering what Aria award winning Hip-Hop act Koolism are doing with their downtime besides recording their new album or rest and relaxation, I have three words for you: LOVE THE BEAST!  Hau’s itch to write and record during Koolism’s downtime period has manifested into this carefully crafted mixtape project released on Valentines Day – his first ever solo venture. Without revealing too much, this mixtape serves Love on jacked up beats, that will leave heads nodding and bodies moving. Love the Beast is not heart wrenchingly deep where you want to jump out of a building as a grandiose gesture to your beloved, rather it is more  a celebration of those in his life that inspire him through love including his long love affair with music.  Showcasing his lyrical agility, vocal ability as a soulful singer and spoken word poetry, Hau’s confessions are confident, certain, light, fun, warm and energetic –  the many shades of love.

In his own words, “The ‘Love the Beast’ mixtape is just a compilation of solo material I’ve been working on on my downtime from Koolism. I enjoy just writing and recording period, so with the Koolism album not coming out for at least a few months, I thought I’d throw some tunes out into the ether in the form of a mixtape for people, other than myself, to enjoy. And what better day to drop it than on Valentine’s?” 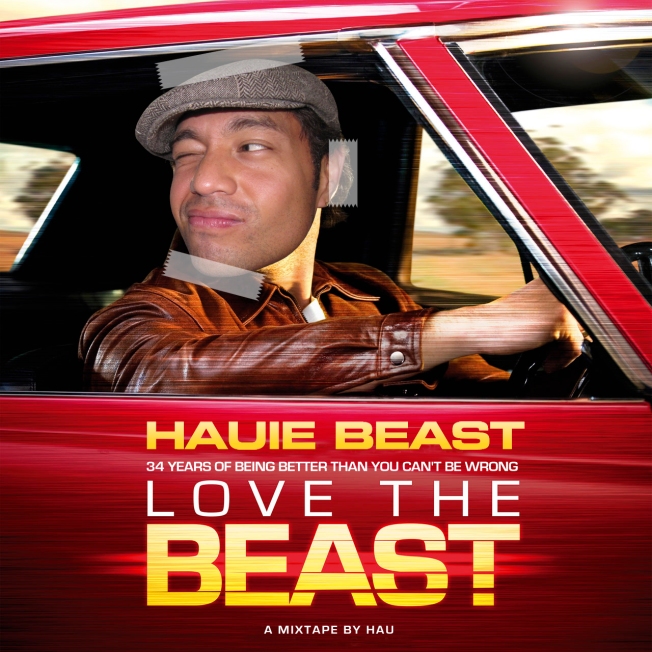 Download LOVE THE BEAST free which you can also find on his blogsite http://hauiebeast.blogspot.com/

Koolism are back in the studio working hard on their new album entitled “The Umu” which is set to be released in a few months time. Here is a behind the scenes look at production with Danielsan providing a rare glimpse into their world of creation. The making of ‘Have/Have Not’ behind the scene features spine tingling vocal harmonies featuring Mahalia Barnes and a host of other back up vocalists laying down what sounds like a very dope track indeed!

Tickets: On Sale at Resident Advisor,

Tickets: On Sale at Resident Advisor,