It is about time we did out bit to get the word out about the specialist music shows on Sydney Air-Waves that have been entertaining and educating us musically on the regular.

Here is our collection of some of the specialist music shows that you might hear on Raheem Boombox (when he has batteries).

Note:  if we missed any, reach out at www.facebook.com/soulofsydney with info so we can include;

Boogie Dance Cafe is a loose approximation of an over exuberance of musical love combined with an over indulgence of caffeine.

Brut33 mans the ones and twos (sugars), frothing up and over indulgence in coffee and dusty grooves.

From the makers of Paradise Lost & Spacepeoples, broadcasting since 2008. Sharing a passion for realness, radio and community.

Slick sounds with an anything attitude for your Saturday evening with Phat Kat and Bully Dux.

Immersing into a deep platter of dusty rarities and classic treats, we sample sounds from all genres – roots, rock, world and music that has been inspired by them. 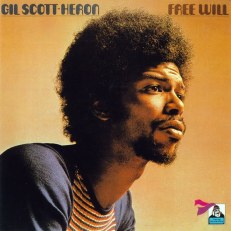 Phat Kat has been presenting on Eastside Radio since October 2009. Sharing ancient ideologies and ethos with her fellow merchants, her collection includes blues, old school rock and roll, world and soul/funk. She is an avid supporter of community radio with subscriber status held at fellow stations 2SER, FBi and marketing/sponsorship is her specialty at Eastside. Using the senses and her guiding muses, she keenly twirls her way through flamenco dance, Italian language and Greek cuisine.

Bully Dux is a local deejay. He welcomes playing random weddings, Bar Mitzfahs, Sunday breakfast slots at the local cafe and sweaty warehouses parties. He cringes at corporate gigs but plays them anyway. Being dearly attached to his 2 wheelers, Bully Dux is keen to pull out his traveling paintbrushes and paint more colour on empty objects.

El Chino is a well known Sydney DJ and music aficionado who spent some time wandering the globe, crate digging and developing his repertoire for what was to become the smoothest flight on the 2SER roster dropping everything from New-Jazz, Afro Beat, Disco & Hip Hop.

Frenzie cut his teeth DJ’ing in Melbourne in the late 80’s, having grown up being inspired by the early cut and paste sounds of hip hop music. In the mid 90s he spent 5 years in Brisbane, and in that time managed to DJ regularly at pretty much every decent venue around town. Now days, Frenzie has settled down in Sydney, where once again he has played at every decent inner city venue at one time or another. In 2001, he secured a management position at Sydney’s most beloved club – The Globe, managing some of Sydney’s most beloved clubnight.

Frenzie has played at all major music festivals, featured on the 2001 Triple J ‘Turn Up Your Radio‘ tour with Endorphin and Groove Terminator, and has 15 years experience presenting programs on community radio around Australia.

From child soldier in Africa to a Human Rights Activist, Author,  Modern Day Revolutionary & Rapper. Catch the man’s musical stories this Friday at The Basement with a special film screening of the film “Warchild”, the story of child soldier, Emmanuel Jal.

Created in 2006, this remembrance piece is created as a tribute to the memory and legacy of James “J.Dilla” Yancey. This is a piece designed for his fans and supporters who knew of his accomplishments before February 2006 and those that have grown to appreciate his genius. Here, we gain a greater insight and understanding about our musical icon.