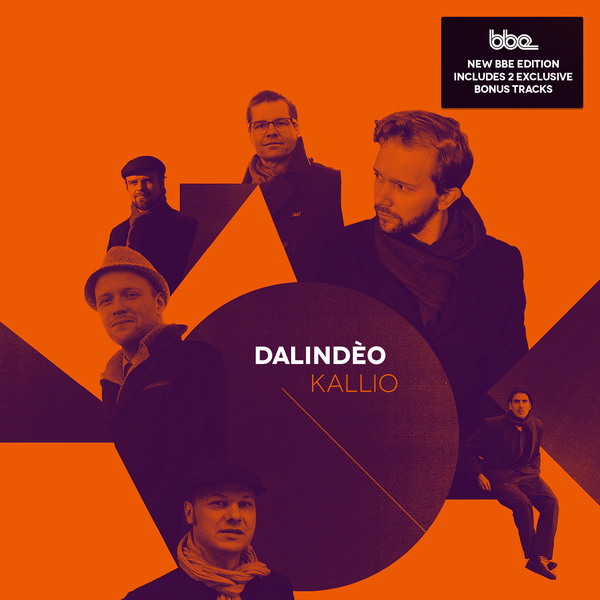 Dalindèo’s music is a cinematic jazz creation reminiscient of the ambience of movies by Finnish great Aki Kaurismäki mixed with a Tarantinoesque vibe of danger and suspense. Kallio, initially released only in Finland, won the prize of “Best Jazz Album of 2013” at the Emma-Awards, the Finnish Grammys. A musical hommage to the Kallio-district in Helsinki, it debuted on the Finnish album-chart at number 13, one of the highest ranking jazz albums of all time and stayed on the chart for 6 weeks. We at BBE are very proud to present Kallio to a wider, international audience now. Especially for the worldwide release on BBE the band added an exclusive unreleased bonus track to the album and BBE family-member Mr Bird did a brilliant remix of the track “Rhythm of Kallio” 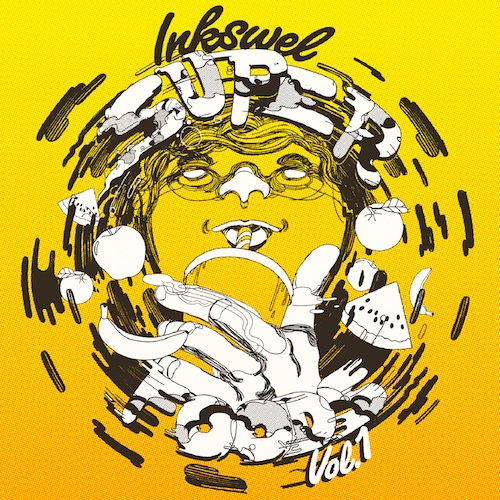 Packed full of stellar vocal performance over undeniably sleazy, soulful production, the LP is simply irresistible from start to finish.

Former b-boy and self-confessed ‘drum-machine obsessive’ Inkswel is now at home in London and Amsterdam as in Melbourne and Adelaide, all cities where he has put in studio time.

We been digging his music for a while now since we caught him at a Lioness Warehouse Party a few years back and he definitely been one of our favorite Australian producers and DJ’s since then.

Great to see such a dope local talent has been noticed by BBE, well deserved.

Check out his soundcloud page for more deep dance floor heat and be sure to check out the new release below.

★About the Party:
Soul of Sydney Block Party is officially turning two & we want to throw down and celebrate with our extended soul family & friends who have blessed us with their presence, and made the last two years a so unforgettable.

Kon comes armed with a stack of Soul, Funk, Disco, Hip Hop heat, known around the world for keeping it fresh with the hottest edits, remixes & musical knowledge for days. We can honestly say we cant wait to get him on to throw down the goods at our 2nd birthday.

Sending some mad love to the DJ’s, Dancers & Extended Soul-family who have shared the dance-floors, turntables & picnic blankets with us over the last two years, you guys really are the ‘Soul of Sydney’ & you have made the last few years so memorable for us. We are so blessed to have you all at our jams, and in our lives. Thank you all for the support. we hope we can see you all down there at our 2nd birthday.

★ABOUT KON:
“Those BBE records were just phenomenal. I think (he was) very much ahead of the curve when it comes to just digging that much deeper and ever since all those came out, there’s been a whole heap of new generation compilations – very next level stuff. Where the hell can you get all that music from?! Proper diggers!” – Gilles Peterson

There are only a handful of DJ’s worldwide with a reputation widely acknowledged as being one of the best. Known amongst his peers as the best disco DJ, a detailed crate digger, and an innovative producer with direct access to master tapes only a rare breed of producer’s are able to access, KON remains one of the most respected producer’s responsible for the re-emergence of disco with his innovative re-edits of soul, funk and disco classics. His re-edits have propelled him as one of the most sought after producers across the globe, cementing his authority in the music industry.

Born and raised in Boston, Massachusetts, Kon has built his career spanning over 20 years centred on his first love of crate digging. One half of critically acclaimed Kon & Amir (BBE), whereby together, they introduced rare grooves to a wider audience, Kon’s solo efforts began years prior to the union of Kon & Amir. Crate digging from 1976, DJing from 1985, progressing on to rocking club floors from 1991 till present, his love affair with vinyl and expertise is often called upon by many heavy weights from Kanye West, and Dr. Dre to name but a couple.

Kon’s DJing ability traverses many genres, professing the element of versatility as the key to a successful DJ, naming Spinna, Kenny Dope and Bobbito Garcia as successful DJ’s, due to their versatile sets.

Sydney audiences will hear the rare selection masterminded by Kon as he plays a very special set at SOUL OF SYDNEY 2nd Birthday event on the 17th of November, 2013 – Venue is a secret oasis in the city! KON is a unique visionary, a remarkable DJ with the history of music at his fingertips. Prepare to throw down!

★ABOUT SOUL OF SYDNEY
Created in November 2009, Soul of Sydney is an independent, artist run collective who are bonded by a love of ‘funk’ based music. Our people include DJ’s, Musicians, Producers, Dancers & Designers who have come together to promote and support the music we love in this city, and the street culture around it.

Soul of Sydney Block Party is our monthly Sunday musical afternoon (12-9pm) feast. Focused on a family orientated get together, DJ’s, Record Collectors, B-boys & B-Girls, and musicians come down to share & enjoy some of the music they love in a completely different environment, outside of bars or clubs.
We have an ‘open decks, open mic & open dance floor’ policy just to keep it personal and give everyone a chance to do their thing where locals can come down as our guests outside of a usual club set.