Great write up at by Tom Barnes at www.mic.com on Lauryn Hill’s timeless release "The Miseducation of Lauryn Hill"

Lauryn Hill only wanted to make honest music.
"There’s too much pressure to have hits these days. Artists are watching Billboard instead of exploring themselves," she once said, discussing her groundbreaking release The Miseducation of Lauryn Hill. "I wanted to make honest music. I don’t like things to be too perfect, or too polished. People may criticize me for that, but I grew up listening to Al Green and Sam Cooke. When they hit a high note, you actually felt it."

Check it out in full HERE

Enjoying this dope little rework of the new Janet Jackson & J.Cole cut ‘No Sleep’ which our boy DJ CMAN put together.

We are really digging ‘No Sleep’, the new Janet Jackon joint featuring J. Cole which came out last month. It is the first release from her much anticipated forthcoming 2015 album.

We are loving the throw back to groove based R&B & Soul with this one.

One of our favorite local singers, SARSHA SIMONE (of DOJO CUTS) drops her new single ‘Lets Dance’ last week and we are seriously feeling the new sound.

“Let’s Dance”, the debut solo single from the intriguing Australian singer Sarsha Simone was officially released to digital last week, “Let’s Dance” has been creating buzz since,
Reaching #82 on the Australian iTunes R&B chart after it’s release over the weekend, “Let’s Dance” is one track you won’t want to sleep on as it walks the line between the edginess of electronic styles and the warmth of R&B. 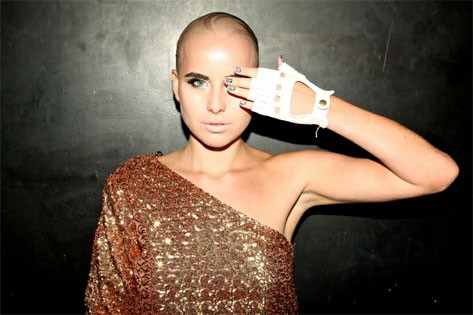 The closest artist comparison would have to be the urban swank styling of Jidenna crossed with electronic favourites Disclosure. Lyrically, “Let’s Dance” contemplates the freedom and happiness people are always looking to outside sources for, when in reality the answer is within them

Check out more from one of Sydney’s finest:

As lucky N.W.A fans this weekend catch the first screenings of the much anticipated ‘Straight Outta Compton’ film we though we should share this little short radio story. The film is already screening in the states to some great reviews and opens in Sydney on September 3rd. (Check out Info HERE at Hoyts or another other cinema)

When NWA’s ‘Fuck The Police’ was first released in 1989 there wasn’t many station who had the balls to actually play it.

It was either heavily-censored or banned on radio stations in the united states and Europe & there was a point where local Australian station Triple J was the only station in the world playing ‘Fuck The Police’ which raised massive concerns from authorities in Australia.

After playing the song for a few weeks with no issue it wasn’t long before the songs lyrics caught the ear of local police and politicians in Western Australia. They successfully lobbied ABC management to have the song pulled from play lists immediately.

It a true act of defiance the station staff refused to fold and continued to program the song even though the act of defiance actually cost some of them their jobs at the time. In solidarity with sacked station staff, the remaining staff decided to run their own form of protested by playing N.W.A – ‘Express Yourself’ for 24 hours straight back in 1990 which gained the station massive notoriety and made headlines around the world. Still to this day they station features part of the controversial song each day as part of their news segment promo like true champions.

We just caught this dope mix showcasing tracks from the NEW DR DRE release ‘Compton’ & definitely feeling the vibe on this. You can definitely hear Dr Dre’s touches in this, great production right through the album with a bit of his signature g funk flavors running right through it.
put together by SHIN at mixcloud. Listen to it in full at https://www.mixcloud.com/shinshinobie/dr-dre-compton-2015/

This is officially the best thing you will see today!  the super-fly actress Rosie Perez busting out at SOUL TRAIN.

We heard rumors about her having great taste in music and parting at legendary 718 Sessions in NEW YORK with DANNY KRIVIT & co. & always knew she was a great actress from movies like ‘Do The Right Thing’ & ‘White Men Cant Jump’, but honestly had no idea she was such a groover till a friend put us on to this video.

We just caught this video and did a quick search online and found now she was also choreographed too, check out the video below