The Red Bull Music Academy returns to Goodgod this September with Japan’s DJ Mitsu The Beats at the controls. Repping the Jazzy Sport crew out of Tokyo – the host city for this year’s RBMA takeover – Mitsu brings over a decade of experience and a command of hip-hop and house grooves down under.

Mitsu cut his teeth as a hip-hop battle DJ, perfecting his technique with countless hours of practice before eventually hooking up with home town homeboy DJ Kentaro (2002 DMC World Champion).

He’s since impressed many with his studio work, both as part of the Gagle group and as a solo artist – his 2003 drop New Awakening earnt him the instant respect of tastemaking DJs such as Gilles Peterson and Benji B. He’s dropped four more solo LPs since, been remixed by a veritable who’s who of hip hop and soul, and has remixed everyone from Jazzy Jeff to Madlib.

For his Sydney date, he’ll be joined by fellow Jazzy Sport rep Wassupski, as well as a live set from Suburban Dark, and DJ sets from Shantan Wantan Ichiban and Mako. Entry by RSVP, get yours in now! 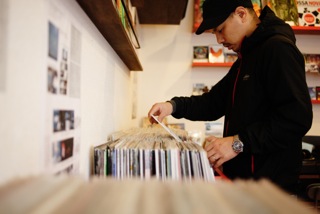