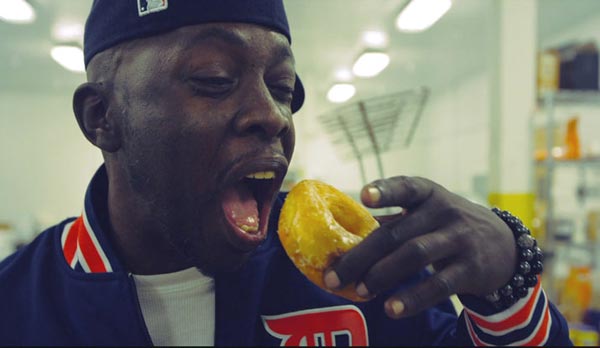 J Dilla-mania continues as legendary MC Phife Dawg of A Tribe Called Quest unveils the official video for his new single “dear Dilla“–via Okayplayer! You probably have already bugged out over the fearless honesty of Phife’s personal letter to the dearly departed and DJ Rasta Root’s flip of the Dilla-touched break. But now “dear Dilla” get’s the visual treatment it deserves. Phife and Rasta Root took no shortcuts in making their dream vision a reality, taking their cameras to the corner of MacDougall and Nevada on Detroit’s East Side, recruiting Ma Dukes Yancey for a touching cameo and even risking funky diabetic relapse by partaking of an actual Dilla donut??

You’ll have to watch to enjoy all the little moments and appropriate touches but suffice to say that Phife and crew did this project right!